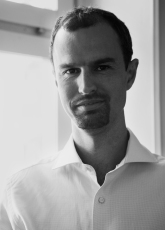 Christian Rück is a psychiatrist, associate professor, and senior lecturer at Karolinska Institutet in Stockholm, Sweden. He is a co-founder of Internetpsykiatrienheten (Internet Psychiatry Unit), a large implementation of internet-based cognitive behavioral therapy (ICBT) located in Stockholm County. Dr. Rück is the principal investigator of the current study. He is also the research group leader of a group specializing in ICBT for obsessive-compulsive disorder (OCD), body dysmorphic disorder (BDD), and related disorders. More information on his research group can be found here.

You can learn more about Karolinska Institutet here. 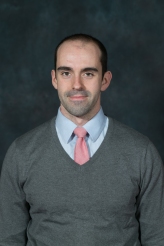 Andrew Gentile is a Ph.D. candidate in Clinical Psychology at Hofstra University in New York, USA. He is the project manager for the current study. In the past he has engaged in specialized training and clinical experience with ACT and treatments for self-harm and chronic suicidality such as DBT. However, his current focus is on evidence based treatments for Body Dysmorphic Disorder. He has completed doctoral practica at the Hofstra University Student Counseling Center and the New York-Presbyterian Hospital/Weill Cornell Medical Center. 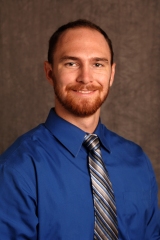 Christopher La Lima is a Ph.D. candidate in Clinical Psychology at Hofstra University in New York, USA. He is the co-investigator and for the current study. He specializes in evidence-based treatments for attention-deficit/hyperactivity disorder (ADHD), disruptive behavior disorders, and anxiety and mood disorders, with an emphasis on obsessive-compulsive disorder (OCD) and related disorders. He has completed doctoral practica at the New York University (NYU) Child Study Center and the New York State Psychiatric Institute/Columbia University Medical Center’s Anxiety Disorders Clinic (ADC) and Pediatric Anxiety and Mood Research Clinic (PAMRC).

Jesper Enander is a Ph.D. candidate in clinical neuroscience and a psychologist at Karolinksa Institutet in Stockholm, Sweden. He is a member of Rücklabs and is the developer of the BDD-NET treatment. He has tested BDD-NET in one open clinical trial and one randomized controlled trial in Sweden.

Sabine Wilhelm is a professor at Harvard Medical School and the Chief of Psychology and Director of the OCD and Related Disorders Program at Massachusetts General Hospital. She is a leading researcher in obsessive-compulsive disorder (OCD), body dysmorphic disorder (BDD), and tic disorders. She has over 200 publications, including 7 books on the treatment of OCD, BDD, and tic disorders.

David Mataix-Cols is a professor of child and adolescent psychiatric science at Karolinska Institutet in Stockholm, Sweden. Here he runs a research program aimed at understanding the causes of obsessive-compulsive disorder (OCD) and related disorders (including body dysmorphic disorder) across the lifespan and developing better and more cost-effective treatments for these conditions. He also directs a specialist clinic for children and adolescents with obsessive-compulsive and related disorders.